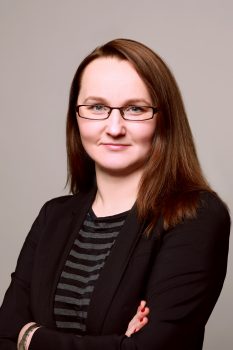 Two things I would like to see happen and one thing I encourage to avoid in the reality that we woke up with today.

Like we all, I also woke up this morning (in Latvia, Europe) eager to find out the outcome of the US presidential election. In fact, I woke up naturally long before the alarm was set to ring. It must have been due to how much I personally felt was at stake in this election – not just to the American people, but the whole human kind, including me – a citizen of this world, a proud European, Latvian and Latgalian. Having a degree in international relations and more than 10 years of experience in policy work I have quite regularly shared with my friends on Facebook my own impressions about the election and material for thought written by others that I deemed valuable. I acted in line with my liberal political views and the conviction that it is worth investing my energy only in supporting a cause, not trying to fight something I can’t. In the last days I actively showed my support for Hillary Clinton.

In other words, I was not neutral. I am affected by this outcome and I care. I wanted Hillary Clinton to win because of her policies, her experience and skills. She was by far the best candidate in this competition. And, yes, for several months I was looking forward to cry from joy to witness another major change in the world – a woman chosen to become the next US president (for your information, 8 years ago I cried from happiness when Barack Obama was elected; you are free to conclude that I can be emotional about politics).

So this morning at about 6:30 Latvian time I couldn’t help but checking my phone to see the news.

When that didn’t work, I decided to do something useful with my time dedicating it to something that I actually can control. As a result, it was not until 3 hours later when I sensed that the results are in. A friend of mine had sent a message to me asking whether one should go for a strong drink in this early morning or prepare for a protest against the election results – she suggested showing up with naked breasts in front of the US embassy in Riga. Clearly, she was upset.

My reply to her was not so much from someone who knows some things about politics and civic engagement, but rather – someone dedicated to grow as a personality by learning more about myself, others and the world. I didn’t think her suggested ways of action were constructive – for me they did not seem a good investment of my resources. Trump was elected, and I could not change that. Just as I could not change the fact that today I had chosen to wear the wrong coat feeling the nordic cold of this winter morning. I am well aware that you can’t really compare these two decisions for the different magnitude of their impact and the resources it took to take them. Nevertheless, both cases were a done deal, so the only thing left for me to do was to define my attitude towards them. So I told my friend that she should not take Trump’s election to her heart too much, and that even before today we knew that we live in a complicated world.

Have we not managed to learn anything from the state of mind of many after George Bush was re-elected in 2004?! I have, so this time I choose to take care of myself and also try to help some of my friends consider adjusting their attitudes in whatever situation they may find themselves in (some of them actually live in the US and some even work in the US government).

What is it that I am suggesting you to do? First, I want you to take some minutes of your time to really understand that life goes on. The sun rose and set today, it will do so again tomorrow, and the day after, forever. Trump as US president is another challenge in an already complicated world, but we will find a way to deal with it, to work through with whatever comes. How? I don’t know! At this point nobody – not even Trump himself – knows what changes will happen as a result of his election, so we may just need to adjust our strategies taking one step at a time. Maybe the European Union will use this window of opportunity to strengthen its internal unity and step up to its potential global influence. Maybe we will see the global community taking on a stronger collective leadership.

Who knows, maybe Trump will be impeached after showing his blatant inadequacy for the job. Let’s see!

But don’t get me wrong. I don’t want us to relax in our sofas and just watch events unfold before us. This is serious. We have fallen. But we don’t change unless we start to want to change, and often this happens exactly when we fall. As they say, it only goes up from here! Hopefully with Trump in office we as the global community will realize that we want to go up again, starting to think and act accordingly.

We know from our history how things may end when a direction is taken to knowingly or subconsciously crave to see mass destruction (read this very interesting analysis to find out more).

So let’s try to not jump to quick conclusions but take time to try to understand more about why we as the global community are where we are, and build our actions according to that! Luckily, we are living at a time when there are ample resources to do just that (here are some of the last articles that I found interesting – they were published before the election, but they are valuable still (on gender equality, on the role of media, on not being immune towards authoritarianism).

When we do so we may realize that many of us are co-responsible for the current state of affairs. This is not to suggest that someone should be disqualified from being engaged. Let’s see what conclusions reflected in our actions each of us takes! I honestly strongly believe that many of us can do something to try to make this complicated world a better place, we each just need to figure out what it is that we personally can and want to do (if you want to know, I have decided to provide organic and ethical clothing consumption choices for women to contribute towards sustainable development and limiting climate change (something Trump does not believe in, ha!)).

Finally, I want to share one thing that I would not like to see happen in this reality that we woke up with: life with Trump.

I would never have voted for Trump, and I don’t understand why many people did. Nevertheless, I still respect their opinions and I see humans in Trump’s voters. I don’t support the need to belittle others or to use words that offend others, even if our views and political preferences are very different. I have come to appreciate the Integral theory of the American writer Ken Wilber that this is just another evidence of people being in different places – personal development stages, so we see the world through different lenses (let me emphasize the word “different”, it is not about one lens being better than the other!). As Michelle Obama said – when they go low, we go high! Let’s keep it up so that this does not change the core of us – standing up for human rights and rule of law. Let’s practice living together in this framework and the diversity of this world also expressed in the fact that some people choose Trump, while others support Clinton.

P.S. (On 11th November 2016) After receiving some comments about my blog from my friends, I want to emphasize that I am in no way suggesting a passive acceptance of the state of affairs with Trump. I am simply not suggesting that it is in our power or that we should hope to reverse right now the decision made by the majority of US voters whom we need to respect no matter how different their opinions are from ours.

Please, do not belittle or de-friend people from Facebook because they supported Trump. Yes, their value systems and beliefs may be dramatically different from ours, but we are all human and we all have the right to choose, as long as our choice is within the framework of human rights and rule of law. I have people in my circles whose political opinions and actions I strongly disagree with. Yet, I am not blocking them from my list of contacts, friends of Facebook, and sometimes we even meet and engage in heated debates exactly on issues where our opinions dramatically differ.

Who knows, maybe one day he/ she will learn something from your values and beliefs, or maybe he/ she won’t. It is their free choice, as it is your free choice. We are all humans, so let’s build bridges between us, not walls!

Yes, a lot of what Trump’s supporters have said is alarming, I agree. But this is exactly why I am suggesting, and I am very glad to see people in New York, for example, standing up to human rights and rule of law in the speech and policies of Trump. I would also want to add sustainable development as an absolutely needed principle that US especially needs to put in place in its policies.

(Trump has proven that he does not believe in dignifying working conditions and fair salary, and it is very sad to see that kind of short-sightedness in a world where we waste too much resources (and US is a leader in this regard, unfortunately)).

Finally, in addition to aiming to change Trump’s policies, we also need to target politicians in the US and Europe to finally learn the lesson and act accordingly. People are protesting against establishment or the system because they have not seen the system address their worries as the mainstream politicians have deemed them to either be insignificant or incorrect, for example, fear of increasing diversity in population as a result of immigration. Mother nature does not like emptiness, so it is only natural that voters’ worries like that have been taken on by populists gaining a monopoly over these issues. We have seen this in Europe, and now we see this in the US.

Of course, I am not supporting policies of fear. Not at all! But we need to find a way to address these worries in ways that respect human rights, rule or law, sustainable development, and also provide support, comfort and security to our voters at home. Maybe believing that this is possible is idealistic, but I believe that you don’t go far unless you set high standards (if you don’t meet them fully/ perfectly, you still get further than you would, had you set the bar lower).

What I am suggesting us all to do is not going to be easy. Voters are so angry and disappointed, that it will take a lot of resources for mainstream politicians to even get voters to talk to them and to start regaining some signs of trust. So yes, we all have a lot of work ahead of us. This is in no way a call for a passive “take is as it comes” approach.