How to Make Them Work For You? a conversation with Tom Steinberg 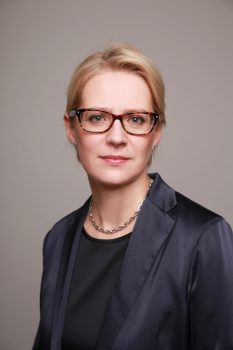 Tom Steinberg is the founder and director of MySociety – a civil society organization that runs some of the best-known e-democracy websites in the UK. I first met Tom a year ago at the Network Effect – an annual pan-European gathering, organized by the British Council. The venue was Bratislava, Slovakia, and the subject of our event was the role of civil society in building Europe and, indeed, the world in the way we’d all like to live in.

Tom’s contribution to the debate was description of the websites his organization builds to give people simple tools for various civil society activities – getting in touch with their MP or Councillor, looking up what the elected representatives have been up to, reporting practical problems in their neighbourhood and gathering pledges from concerned individuals to do something that would not be possible on your own. Most of the websites are open source, therefore, adaptable in other countries.

Amongst their latest efforts has been a job for 10 Downing Street – the British government commissioned MySociety to run their e-petitions website. The site has been up for a year now, and was one of the subjects of Tom’s talk at the e-democracy conference in London on 8th November, where this brief interview/conversation with him and his colleague Heather Cronk took place. For an academic view on these issues, read my interview with Professor Stephen Coleman, one of the UK’s most influential advocates of e-democracy, who gave a key-note address at the conference.

On the back of your business card you have printed the names of websites your organization has developed: TheyWorkForYou.com, HearFromYourMP.com, WriteToThem.com, PledgeBank.com and, more recently – FixMyStreet.com. Where did they come from and what are they about?

Tom Steinberg: They came from different places: some from calls for proposals where we asked the public suggestions that we then go and build, one of them came from the government, when we came up with a suggestion, and that was FixMyStreet.

What they do is all sorts of different things: WriteToThem tells you who your politicians are and lets you write to them, TheyWorkForYou tells you what your politicians do in the Parliament, how they vote and where the money goes, FixMyStreet tells you how to report things that have broken down in your street and get them fixed.

What has the response of the politicians been to the websites that encourage the public to write to them and hear back from your MP? Do they bother?

T.S.: I get asked that question a lot, and the answer is – in Britain, there are 650 Members of Parliament, and then 20,000 other politicians, and they can’t agree on anything, ever, so there was never any chance that they would agree on what they thought of our website and their views vary very widely – from people who think it’s amazing, who think it’s probably more important than it actually is, to people who think it’s terrible. I would say, by large they live with it, they are getting used to the idea that it exists, they probably don’t think about it that much.

Are the politicians actually using the sites, to write back and communicate with the public?

T.S.: We know, for example, that 140 Members of Parliament have written to citizens via the HearFromYourMP website, so that must be one in four. Almost certainly more popular than that is TheyWorkForYou, which we suspect most MPs check at least occasionally.

Stephen Coleman and other social scientists talk about the crisis of democracy in the West, with declining voter turnout and general public indifference towards politics. How easy or difficult has it been for you to get people to use the sites and get engaged through them?

T.S.: We find if you package things as helping fix problems in people’s lives, then people are more likely to respond, but if you tell them, “You should do this, it’s very important for a very abstract reason that you don’t quite understand in the name of democracy”, then they will be less popular.

I do think that there is a real problem with political legitimacy and an extremely large population thinks that more or less everything the government does at all times is rubbish, or corrupt, in a way that I think does not completely match reality. Most politicians would use every option they can to change that view of the majority of the public, and for them doing things via the internet are one of the last and best options they have for attempting to change part of that relationship, the cynicism that the public has for everything the government does these days.

No.10 Downing Street asked MySociety to design the e-petitions site for the government. How did that happen and what are your views on this cooperation experience?

T.S.: They came to us and asked us to build it, and we said, maybe, we’ll do it if it has certain safeguards in it, such as that the e-mail addresses all belong to MySociety so that the government can’t just spam people forever, and other various things like that. Then we built it, launched it and it was very busy, got even more busy and now it has 5 million signatures.

I think that it is an extremely important experiment, it has had some impact where we can point and say that this thing probably wouldn’t have happened if it hadn’t existed. Examples of this include some little things such as the government has decided not change particular bits of highway code, but the biggest thing was – I recently saw a Daily Telegraph headline about the government deciding to abandon its plans for congestion charges, at least for the short term. Even though the government might never admit it, it appears to be connected to the 1.8 million of people who signed that petition – making it the most popular on the site.

But there are other petitions – 13,000 that have been “live” and are now “finished”, and the government has sent 700 responses to about 3 million people.

One of your websites – Pledge Bank – does not deal with politics. How does a “pledge bank” work and do you have a way of following through which of the pledges get implemented?

Heather Cronk, US PledgeBank Outreach Officer: Pledge Bank is a very simple tool, it is not a “destination site”. It’ s a place for someone to register that they are willing to do something, but only if other people join them in doing that. People use the site for all matter of things, from NGOs using it for fundraising to individuals saying, I’ll go donate blood, or build a playground in their community if a certain number of other people will do it with me. So, it can work in a whole variety of ways.

The kinds of pledges that are really powerful are where something wouldn’t be done if there weren’t a group of people to get it done. For example, I won’t go out and build a playground in my community on my own, but if I can get 20 of my neighbours to pledge that they’ll do it, all of us are more likely to carry it through.

And do you inform the public of the successful pledges?

H.C.: Yes, we created a page recently of our success stories where we reached out and invited people to tell us about their experiences, whether they keep in touch with the people who signed the pledge afterwards, and there are some really great stories from trees being saved from having them cut down to a library being built in India.

There are international versions of PledgeBank. How are they created?

H.C.: One of the great things about what MySociety does it that most of it’s work is open source, so if someone goes onto Pledge Bank website and can’t find what they are looking for, they can take it and do it themselves. We have had the site translated by volunteers into 12 languages, including Spanish, French, Esperanto and Russian. We want to create a tool that is meaningful for people, where they live or work or study – if it’s not, than we hope they’ll help us make it so.