We have more energy than we need

It’s a question of changing your mind from the ground to the atmosphere, from restricted resources to intellectual property.

As far as I’ve read your energy concept is something more than just an attempt to create another perpetuum mobile or provide some new energy source. So, could you please explain the basic idea of your concept?

I’m an architect by education and my PhD is in computer science. My role is just to understand the technological developments and bring them to everyday use. As for energy I must say that I don’t really like current global discussion on energy that is proposed by Al

Gore. I think it’s very ideological and only says that we need to save energy. I don’t agree with that and want to propose new technological perspective.

I see two principal technological lines or paths dealing with energy. One of them is conventional line that is dominating in current discussion and it is based on natural resources like coal, gas and so on. If you look on the last 100 years the price of this resources slightly increased comparing to the people income, it is not a dramatic increase. But there is another principal path and we know it from information technology. You know it from the story of the mobile phones and internet development, you know it from many kind of new tools like digital photo cameras and so on. This is technological path. In my interpretation for example solar cells are technological thing and I believe that energy can follow this technological line.

In other words – will get much cheaper after certain amount of time.

Because this is based on other principals. One is mechanics and others are semiconductors. It’s a printing technology, it is possible to print machines like you are printing newspapers. Even more, the resource path is based on long term political decisions and infrastructure. Technology thing is fast because it’s based on individual consumption. Energy will go directly to consumer and it’s completely new story like MP3 or Wikipedia story. The price will decrease like it happened with DVD-ROMs. Five years ago they used to cost 5 EUR, now they only cost 0.20 EUR. And the same will happen with solar cells as we know how to print them.

You have previously told that there is enough of sun for everyone. Indeed this day was very sunny in Riga, but not any more and actually most of the days here are quite gray. So, many people may wonder whether we really have enough sun for everyone, we are very dependent on energy and heating especially in winter?

Of course, that’s just one example of the new energy based on technological path. There is also wind and energy of sea-waves. The interesting part is that if you focus your mind on the atmosphere as a source of energy instead of ground you will understand that energy is everywhere. Solar cells are just one impressive example but there is much more. Here you have wind, you have sea and only then sun. It’s a question of changing your mind from the ground to the atmosphere, from restricted resources to intellectual property.

Still many people would say that development and implementation of such technologies will take a lot of time. And you say that it is going to start only after 3-5 years. Why?

No, I don’t want to focus on particular number. It’s a wide spread of technologies and it depends on where you are and so on. I think it is very important that in the near future there will be the day when cost of the renewable energy technologies will be lower than the cost of the conventional energy resources. We call that day an e-Day. After e-Day there will be serious mental shift. From ecological discussion we will shift to the pure economical discussion. That will be completely rational discussion instead of ideological one that we have right now. Present discussion means save energy. New discussion will mean save money.

Right now only 10% of people are convinced to save energy, not more. Others agree to do that, but actually do not really want to save energy. People want to have big lofts, they want to travel a lot and have high level of comfort and only very few are convinced to change their behavior. And if we look on the technological path we see that 80% of the population is convinced.

I don’t think we should focus on particular date but rather on the fact that there will be an e-Day and we should not stress ourselves with discussions and problems that are based on the old way of thinking. Instead we should focus on the new range of questions. We should concentrate on new level of situation and develop that.

So, you basically think that Al Gore should change his mind and shift to something else?

Yes, he should get to the new level and think of energy as a story of MP3 or computer development. And concentrate on logistics trying to think where it is possible to get energy if there is no sun or wind in some particular places. We need to have a very good online logistics and this is one of the new kind of questions and challenges we need to concentrate on.

You also say that people will deal with energy on the personal level. What does it mean? Will we charge our laptops from little sollar cells or will it still be a system that depends on logistics?

It will depend on logistics, but there will also be highly competitive system of very different attitudes toward energy. It’s comparable with the way farmers are dealing with food they produce on the farms and logistics that bring it to consumer.

Farmers produce food that we need. People live in big cities and there is range of farmers that are producing different food and bring it to the cities. We will have similar situation with our buildings. We will have different kind of energy sources dealing with transforming the power of climate to the electricity and bring it to the cities. So, of course some people can harvest energy on their balconies as they harvest tomatoes for their bodies. But others, like big factories, will use energy from industrial parks in the Baltic Sea for example. It’s not good or bad, gas, nuclear power, solar cells or wind. It’s what you want, just an open competitive thing.

But what about countries which produce oil and gas? They might be against such approach – it may cause an important loss of income. Some of them will question your ideas and say that they are unrealistic.

But there are other companies who really want to sell their new technologies. For example, I think Sharp is going to set up factory this year that will be able print solar cells for 1000 megawatt per year. And this is ¼ of the energy produced by average nuclear power station, but such factory can produce this amount of energy every year. And this kind of companies want to sell as much as they can. So, I think that there is going to be balance, like in case with MP3 against music industry. Music industry tried to stop it, but they didn’t succeed. Now there is a co-existence of different formats and competitive system of distribution. And I expect the same thing will happen with energy.

There is a plan to build new power plant in Baltic countries. You would probably suggest calling Sharp instead?

Or any other company, competitors of Sharp or build your own solar cell printing machine.

Do you really think it is real for such relatively small Nordic country like Latvia to become energy sufficient using renewable technologies?

It’s a bit of a challenge to become energy independent in such small area. Switzerland is in the same situation. Many researches show that it’s expensive and complicated to become energy autonomous in Switzerland using only renewable energy. So, it’s not competitive and therefore we have to come together with surrounding countries. We need to go to Atlantic’s, we need connections with Italy and Spain and then it will be a good network where we can get energy from one side of the network when it’s bad weather and from the other side -when it’s good. I think the same is in Latvia and the Baltic area. You have to connect yourself on a regional level and then it will be a good, reliable, robust system. 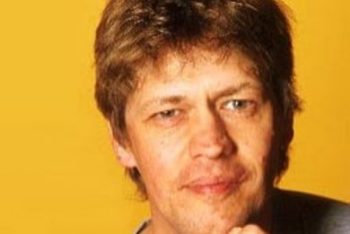