Apparently, the traditional saying, “minorities hope for too much, but Latvians fear too much,” rings true as far as the Framework Convention for the Protection of National Minorities is concerned. The optimal solution would be to create a working group in the Saeima (Parliament) to thoroughly prepare for ratification, the precise date of which has yet to be determined.

My position is this: Latvia has signed the Framework Convention for the Protection of National Minorities and in the future it will be ratified. However, I must refrain from predicting when this ratification could take place. Even though the precise date the convention will be ratified cannot be determined, the necessary groundwork must be laid. A working group should be formed to conduct a thorough review of the convention’s impact on Latvia’s language situation, ethno-political strategy and existing legislation. The optimal solution would be to create this group in the Saeima (Parliament) as, it should be remembered, it is the Saeima that will have to pass a decisive ruling on the convention’s ratification.

First of all, we must be absolutely certain that ratifying the convention will not impede the process of social integration recently begun in Latvia. The convention’s spirit undoubtedly supports social unification, but there is a serious risk that the convention’s text could be interpreted in a manner threatening to the status of the Latvian language and increase the possibility of a segregated society developing in Latvia. A priori, ignoring this risk attests to an ignorance of the elementary process of language competition. Taking into consideration the high economic value of the competing language in question, the legal protection of the Latvian language is very important. We must consider the convention’s broad possibility for interpretation. Time and again, analysts have shown that almost each point can be interpreted in very different ways. For example, Article 11, Point 3 contains seven broadly definable words or phrases. Currently, the Council of Europe’s (CoE) monitoring committee has tended to interpret these articles as broadly as possible, which favors minorities and the protection of their language. In countries with a small percentage of minorities, this practice would be welcome, but in Latvia’s ethno-demographic situation this would impinge on the rights of the majority, which are protected by Article 20 of the convention.

Second, the Framework Convention for the Protection of National Minorities is fundamentally different from traditional conventions. Just like other conventions, it is a legally binding instrument of international law. The word ‘framework’, however, indicates that this instrument is not implemented in a direct manner, rather its programmatic principles are worked into national legislation. Thus, before the convention is ratified, a detailed comparative analysis of Latvian legislation must be conducted (beginning with the Satversme (Constitution) and concluding with over a hundred normative acts, paying special attention to state language laws, radio and television laws, education laws, etc.). Up until now, this sort of analysis has not been done. Neither has there been a conceptual agreement on how Latvian legislators will proceed when a conflict emerges between the convention and Latvian legislation. It is already clear that we cannot repeal many of the formally conflicting norms, which are necessary in Latvia’s situation to protect the rights of the majority and the Latvian language (I will address this more concretely in the fourth point about reservations).

Third, there is a serious difference of opinion about the convention’s subject. The convention does not include a definition of minorities. States themselves determine the groups of residents the convention will apply to.

In practice, as we know, there are several approaches: 1) to declare that the state has no minorities (Liechtenstein, Luxembourg, Malta), 2) not to define the convention’s subjects (Azerbaijan, Bulgaria, Poland), 3) to name specific minorities (Germany, Denmark, Slovenia), 4) to specify the basic principles of the convention’s application (Switzerland, Austria, Estonia).

In Latvia, two outstanding questions have yet to be answered – does the convention only apply to citizens or to non-citizens as well, and which groups of residents would be defined as minorities?

The majority of participating states has recognized only citizens as subject to the convention. But, it has been acknowledged that the International Covenant on Civil and Political Rights (1966) – the most widely known norm in the area of minority rights-, which in Article 27 states: “In those States in which ethnic, religious or linguistic minorities exist persons belonging to such minorities shall not be denied the right, in community with the other members of their group, to enjoy their own culture, to profess and practice their own religion, or to use their own language,” also applies to residents who are not citizens. In the Council of Europe, the tendency has been to interpret the convention as broadly as possible. It bears remembering that, having ratified the convention, Russia declared that any state that does not apply the convention to non-citizens is acting against the aims of the convention, thus implicating Latvia as well.

Determining the definition of a minority in Latvia according to the needs of the convention is problematic. Neither the traditional principle (which would exclude Ukrainians from the protection of the convention), nor the statistical principle (for example, groups that make up no less than 0.1% of inhabitants – which would provide for the inclusion of Tartars and Armenians, but not the Livs) could be used. These arguments also demand special analysis:

1) Latvians would not be recognized as a majority in the traditional sense, especially in the big cities,

2) In Latvia, the concepts of national minorities and linguistic minorities do not coincide.

In my opinion, it would be worth considering the possibility of avoiding the definition of minorities, designating instead the specific groups the convention would apply to – Livs, Russians, Ukrainians, Belorussians, Poles, Lithuanians, Jews, Gypsies, Germans, Estonians. The question remains, how can all the rights of these groups be realistically guaranteed?

The definition of a minority in Latvia is of huge political and theoretical importance, but of paltry practical significance – much like the citizen/non-citizen divide. Russian is the only language that can truly compete with Latvian. The Russians will, in any case – by either traditional or historic criteria- be recognized as a minority. Will citizens then be allowed to dispense their personal information in Russian, while non-citizens cannot? Will citizens then be allowed to receive a portion of their education in their native language, while non-citizens cannot?

There has been a great deal of discussion in Latvia about possible reservations, but no agreement has been reached. Minister for Special Assignments for Society Integration Affairs Nils Muiznieks has stated that reservations would only be needed in relation to Article 11, Point 3 (on place names and street names and the like). For Fatherland and Freedom/LNNK has rejected Article 5, Point 2 (on abstaining from a policy of assimilation), Article 9, Points 1 and 4 (on the mass media), Article 10, Point 2 (on the use of language in dealings with government institutions), Article 11, Points 2 and 3 (on information and street signs), Article 14 (on the language of education), Article 16 (on calculating the proportion of inhabitants). In my opinion, in Latvia’s situation, the ratification of Article 11, Point 3 and Article 10, Point 2 without reservations would be unacceptable. Article 9 is also problematic, as the complete removal of language quotas in electronic mass media would threaten the position of the Latvian language.

The importance of the Explanatory Report in the interpretation of many of these seemingly problematic articles should be emphasized. For unknown reasons, this report has not been widely publicized in Latvia, even though understanding the convention without it is practically impossible. The Explanatory Report Article 78 clearly states that opportunities for being taught the minority language or for receiving instruction in this language are without prejudice to the learning of the official language or the teaching in this language. Indeed, knowledge of the official language is a factor of social cohesion and integration. It is also clear from the Report that the Latvian education system, even with the introduction of bilingual education and the reform of secondary education in 2004 (which allows for 40% of teaching to continue in minority languages), fully adheres to the convention’s 12th and 14th Articles. The transcription of minority names into Latvian also fully adheres to Article 11, point 1 of the convention.

Fifth, society has not been prepared for the ratification of the convention. It is not the convention itself, but rather the uproar over it and its ratification that is dividing society. Apparently, the traditional saying, “minorities hope for a lot, but Latvians fear a lot,” rings true and up until now little has been done to change the situation. The Russian-language printed press has purposefully cultivated the opinion that ratification of the convention will be equivalent to a revision of Latvia’s language policy to include Russian as an official state language with all the subsequent consequences. In anticipation of this step, the State language law is already being systematically broken, scientifically-based decisions on education policy are being drawn into question and social integration is being hindered. Material is being prepared and distributed with the help of international organizations, which points to ostensible discrimination in Latvian legislation and prepares the way for the broadest possible interpretation of the convention.[1] For Human Rights in a United Latvia (PCTVL) has demanded the ratification of the convention without reservations; the new People’s Harmony party (TSP) has also put forth this demand.

Latvian society is less informed about the convention, but the majority of the Latvian press has also reported that its ratification would result in the revision of many parts of the State language law. As a result, a negative opinion about the convention has formed in society and, with or without just cause, it is seen as a threat to the Latvian identity.

Thus, we must recognize that ratifying the convention now could lead to confrontation in society and halt the process of integration – thereby achieving results in diametric opposition to the spirit of the convention. The possible influence of such a divisive debate on the referendum on joining the European Union should also be considered. The ratification of the convention could, in the hands of demagogic euro-skeptics, be used as a powerful weapon to convince the majority of voters – mainly Latvians – to vote ‘no’.

Sixth, there really is a problem with the quality of the convention’s translation. Currently, several translations have been published; each person uses his or her own version, which sometimes contain fundamental differences. There is still no agreement on the correct translation of several terms (for example, the very translation of the term ‘minority’). A special working group that would include socio-linguists would have to approve an official translation for use in further debate.

Seventh, Articles 24-26 of the convention call for the creation of a monitoring system based on reports by member states. A special consultative commission, comprised of 12-18 members, has been set up to analyze these reports and to inform the Council of Europe’s Committee of Ministers about their results. After ratifying the convention, states must guarantee a regular monitoring system. Currently, Latvia is not ready either financially or organizationally to conduct such proceedings.

In summary: ratifying the convention is not a formal act, but a step requiring thorough consideration with far-reaching consequences. In Latvia’s complicated political and ethno-demographic situation, the impact of each article of the convention on the social integration process and the status of the state language must be analyzed in detail.

[1] For example, Report on the Implementation of the Framework Convention for the Protection of National Minorities in the Republic of Latvia. Latvian Human Rights Committee, Riga, 2002 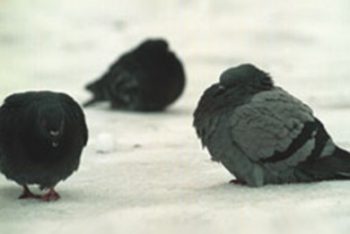 Framework Convention for the protection of National Minorities – salvation from assimilation?