A very ambitious e-participation project is currently being implemented in Estonia!

More than 10 Estonian NGO’s and think tanks have voluntarily come together to create a website rahvakogu.ee (its prototype: citizens.is that will be described in a separate blog post!) which is used to crowd-source policy proposals that would lead to:

a) improvements in Estonian electoral system,

b) increased competition between the political parties and strengthening of their internal democracy,

e) stopping the politicization of public offices (the five underlined topics in the screenshots below).

If we compare it with other idea crowd-sourcing platforms, I just love the focus – and not just becomes I am working on the same topics in Latvia!

The topics are VERY challenging for an average not-well-informed citizen, but at the same time such an activity in itself has educative value for broader citizenship, and – who knows! – there might be some very bright and unexpected ideas coming from Estonian citizens. 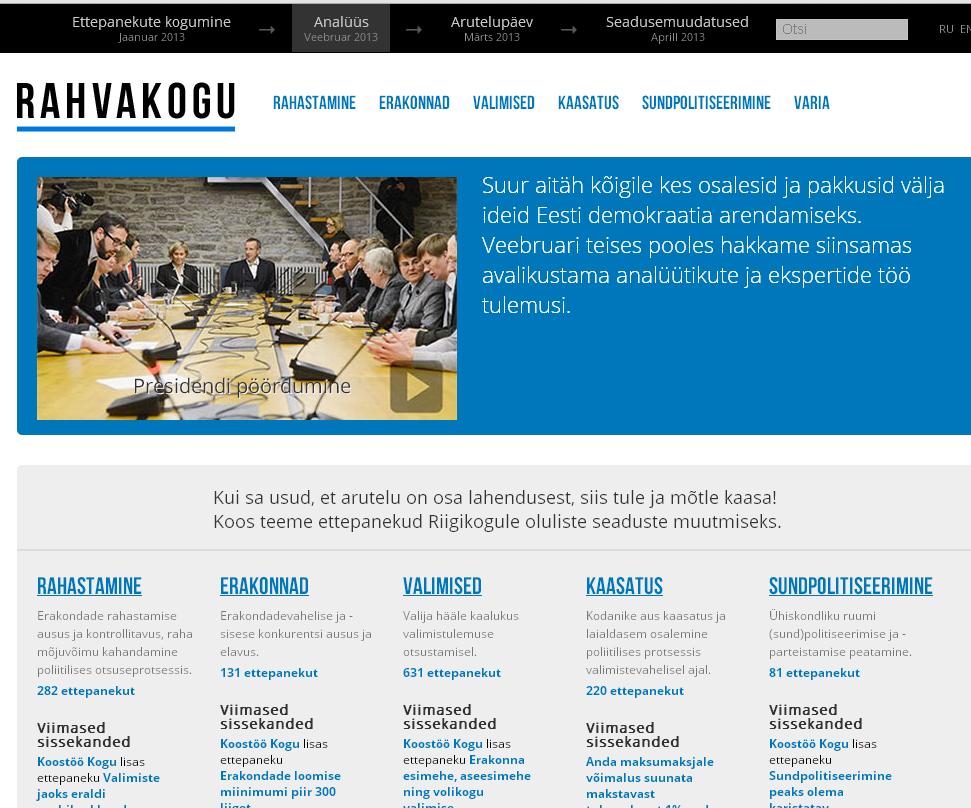 As you can see in this picture, even though the discussion was launched in January 2013, there is already a huge number of proposals regarding each of the broad topics (for example, there are 282 initiatives that concern political party funding – which to me, as I have worked with these issues in Latvia for at least 6 years, – is just shocking, and I mean that in the most positive sense of the word!) 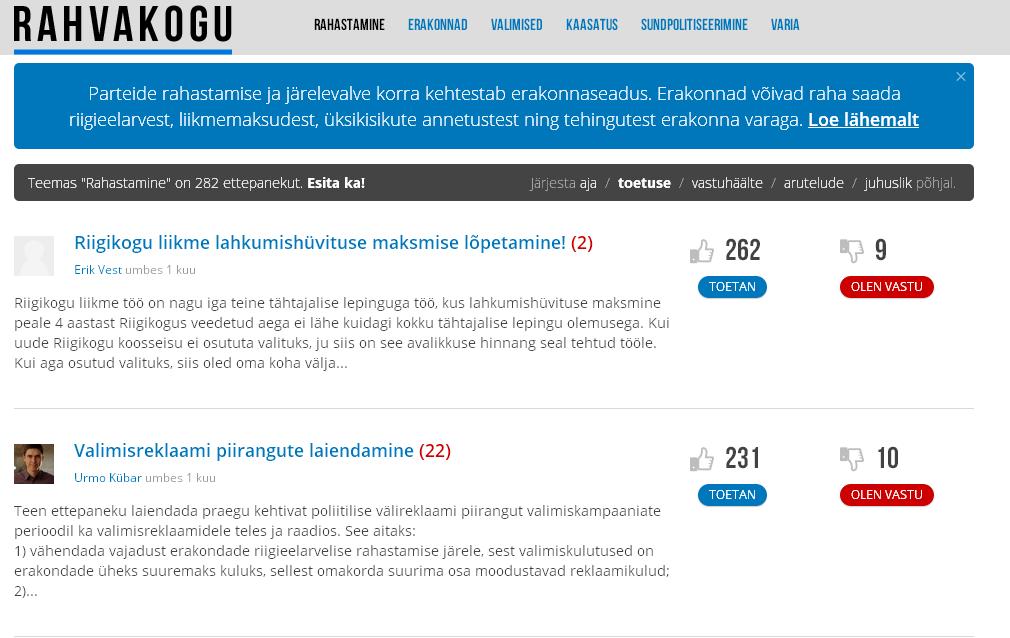 If we look deeper in those proposals (sorry, had to use Google translate – but I think I got the main idea behind each proposal!) – then it gets clear that some are good, most are not-so-good and some are not really even worth considering. But that’s always the case when you use crowdsourcing as a tool! What’s good about this platform: it also crowdsources arguments for (in blue) and against (in red) the specific initiative (see the screenshot below) – so you can discuss each proposal separately. 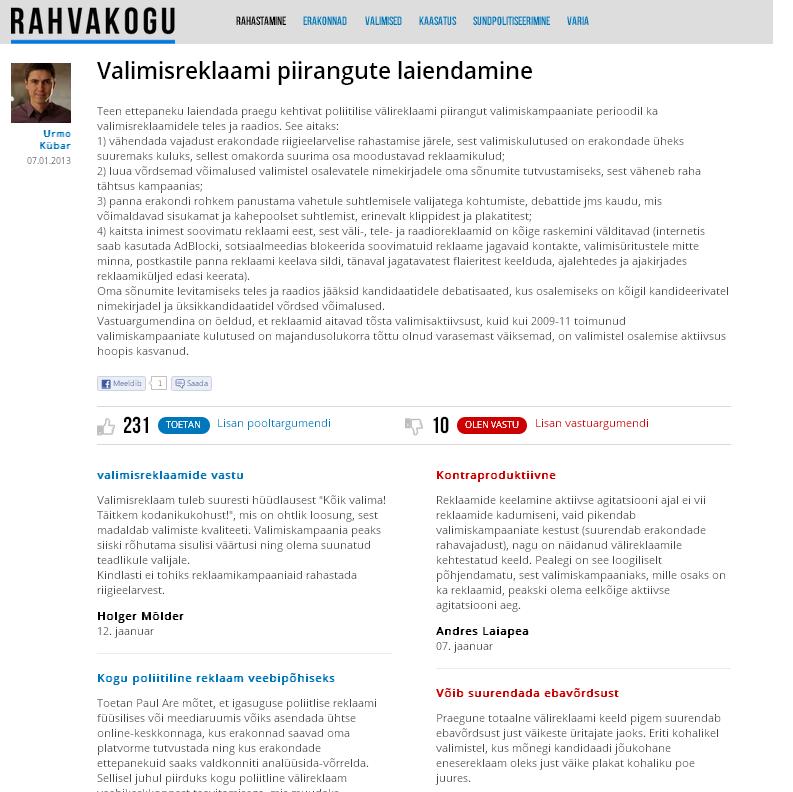 The online idea crowdsourcing is just the first part of the project – the ideas will be subject to expert analysis prior to being presented to decision makers. According to e-mail by Lelo Liive, Head of Program, “during the first phase the site was visited more than 60 thousand times, over 2000 persons loged on to the site and made proposals. The site had visitors from all over the world.” This is an excellent, excellent result for such a tiny society (the population of Estonia is around 1.3 million)!

And this is what is coming in February and March 3013:

February 2013: Analysts will group the proposals and comments into bundles of different possible scenarios and provide them with impact analysis.

March 2013: “deliberation day” (one or more, if necessary) for selecting the most preferred scenarios at public meetings, which will then be presented to the parliament, Riigikogu, by the President of the Republic.

Such an exciting initiative, isn’t it? A really neat way to balance citizen and expert participation!

Good luck, Estonians! We will keep our fingers crossed and will check how everything eventually turns out!