How Democratic was the 2003 Latvian Referendum?

It is the duty of the state to create the framework for a balanced debate, thus allowing voters to make an informed decision. This was not the case in Latvia.

The September 2003 referendum on Latvia’s accession to the European Union was unique in its ability to unify the political elite, media, and civil society – organizations that have spent much of the last ten years at loggerheads. However, this unity came at the expense of a qualitative public debate on the expected impact of accession. Democracy was the real loser in the 2003 referendum.

Referenda are increasingly important tools of democracy.[i] Indeed, this was the third national referendum in Latvia since 1998; and, of the enlarged 25-member EU, only the Netherlands and Germany have never held a national referendum. This is indicative of a rising tendency to legitimize reforms to the EU through referenda, although governments generally dislike their unpredictability. After all, in recent years Danish and Swedish voters have rejected the euro, while the Irish came close to stalling enlargement through their initial rejection of the Nice Treaty. Nevertheless, it was generally accepted that the public in the eastern enlargement countries would confirm their accession to the EU. As Guenther Verheugen explained in September 2000, “EU enlargement shouldn’t be decided over the heads of the people. We shouldn’t make the same mistake as with the Euro, which was introduced behind the backs of the citizens… [a referendum] would have forced the elites to come out of their ivory tower, and to campaign for the Euro in a dialogue with the people.”[ii]

However, only a free, fair and impartial referendum campaign can promote this type of public dialogue. Naturally, this is a difficult equilibrium to achieve. A privately owned media and an independent civil society will inevitably promote their own agenda as will a national government composed of political parties. Nevertheless, it is the duty of the state to create the framework for a balanced debate, thus allowing voters to make an informed decision.

This was not the case in Latvia. First, constitutional amendments allowed the government to choose both the date and the wording of the ballot question. By organizing its vote last, the Latvian government simplified the accession debate to a question of identity (this is discussed more below). Meanwhile, the ballot question innocently asked ‘are you for Latvia’s participation in the European Union?’ Awkward, but more legally correct terms such as ‘membership’ were scrupulously avoided.[iii] Second, the one million Lat state subsidy allocated to the campaign committee was used to unashamedly push for a yes-vote. This resulted in a horribly one-sided debate that stood in stark contrast to the 2003 euro-referendum in Sweden, which saw the no-campaign actually receive more government funding than the yes-side (48 million and 42 million Krone respectively).

Of course, the no-campaign in Latvia lacked the credibility and organization of the anti-euro movement in Sweden. It was deeply fragmented and lacked a charismatic leader. This led to cheap, populist and ultimately self-defeating tactics such as plastering poor rural and urban areas with adverts screaming ‘European Union = Soviet Union’, rather than challenging the yes-campaigners on substantive issues such as the lack of transparency in the EU, unfair agricultural policy and the ongoing structural weakness of the euro-zone.

The yes-side was much better organized. However, organizations such as the ‘European Movement in Latvia’ and ‘Klubs Maja’ had benefited from state and EU funding for many years, and had consequently well established organizational structures. Indeed, it was sometimes difficult to differentiate between private yes-campaigning organizations and the official state ‘information’ campaign. Despite these organizational advantages, yes-campaigners also failed to develop a dialogue with voters. Rather, they largely attempted to win over voters through the use of vacuous advertising, e.g. a poster showing a traditional Latvian farm juxtaposed with a laptop computer on the kitchen table. The image is attractive, but how is this balance of modern and traditional to be achieved? And why could it not be accomplished outside the EU? In the last few weeks of the campaign, the yes-side appeared to boil its arguments down to a polarizing question of identity – is Latvia to be a part of (western) Europe or the fuzzy grey-red zone of Belarus-Ukraine-Russia? It is no surprise that so many Russian-speaking citizens felt alienated and voted against accession. It is interesting to note that the no-campaigners countered with a different variation of this fear tactic –arguing that Russia would soon join the EU, and Latvia would once again be in an unwanted union with its eastern neighbor.

Just for once, both the media and civil society sided with the Latvian political elite and largely failed to comment on this lack of balance and perspective. Indeed, on the Friday before the election, the newspaper ‘Diena’ published its own two-tone map of a bi-polar Europe. Only Latvian television maintained some kind of neutrality, although this often only succeeded in showing up the weaknesses of the no side. The final debate, on the eve of the poll, saw a TV studio awash with smiling, confident smartly dressed politicians. However, one corner of the studio was given over to an ill-fitting collection of euroskeptic lawyers, eccentric businessmen and second rate politicians. This was clearly not a credible opposition.

Thus, the overwhelming majority of the Latvian elite united to squeeze Latvia into Europe. But at what cost? Will the current pattern of inane advertising rather than real debate be maintained in the future? Will the government tolerate, financially support and voice contra arguments in future referenda? These are important questions as we are likely to see more EU referenda in the future. The EU constitutional treaty, which will be adopted early next year, entails a significant change in the terms of membership. There is a groundswell of opinion in Europe that referenda should be used to approve the proposed radical changes – after all, one of the primary aims of the treaty is to ‘bring Europe closer to the people’. Whether a referendum is to be held in Latvia depends on parliament.[iv] But, if it does take place, it is to be hoped that the referendum campaign will be more balanced, intelligent and tolerant of opinion contrary to official government policy. If not, then Latvian referenda will little differ from those of the grey-red eastern neighbors that we were so determined to leave behind.
_________________________

[iii] See Dubrovskis and Vertlina (Vox populi vai vox dei? 2003) for a more detailed discussion on the wording of the referendum question:
http://www.politika.lv/index.php?id=107403&lang=lv

[iv] Art. 68 of the Latvian constitution states that ‘Substantial changes in the terms regarding the membership of Latvia in the European Union shall be decided by a national referendum if such referendum is requested by at least one-half of the members of the Saeima.’

Integration: Not a disaster, but the beginning of the road 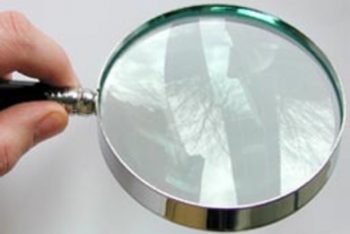 The Referendum and Ethnicity or Measuring Integration 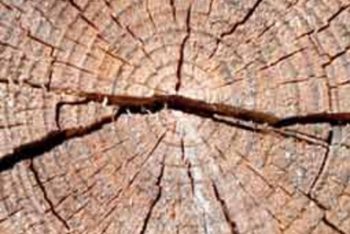