Petitions are a well-established way in many democratic states to give citizens the opportunity to raise their voice and forward their complaints or concerns to the country’s representatives, thereby often enforcing their claims and also creating public awareness through the collection of signatures.

In Germany, an interesting platform transforming this traditional way of democratic participation into an e-democracy tool has been established in 2005: the e-petition portal of the Bundestag (German parliament).

Although an online platform for petitions is certainly nothing tremendously innovative these days, one has to consider that unlike many other e-petition websites, this is an official platform hosted by the parliamentary commission for petitions within the German parliament, which also means that it is ensured that your petition is actually scrutinized. 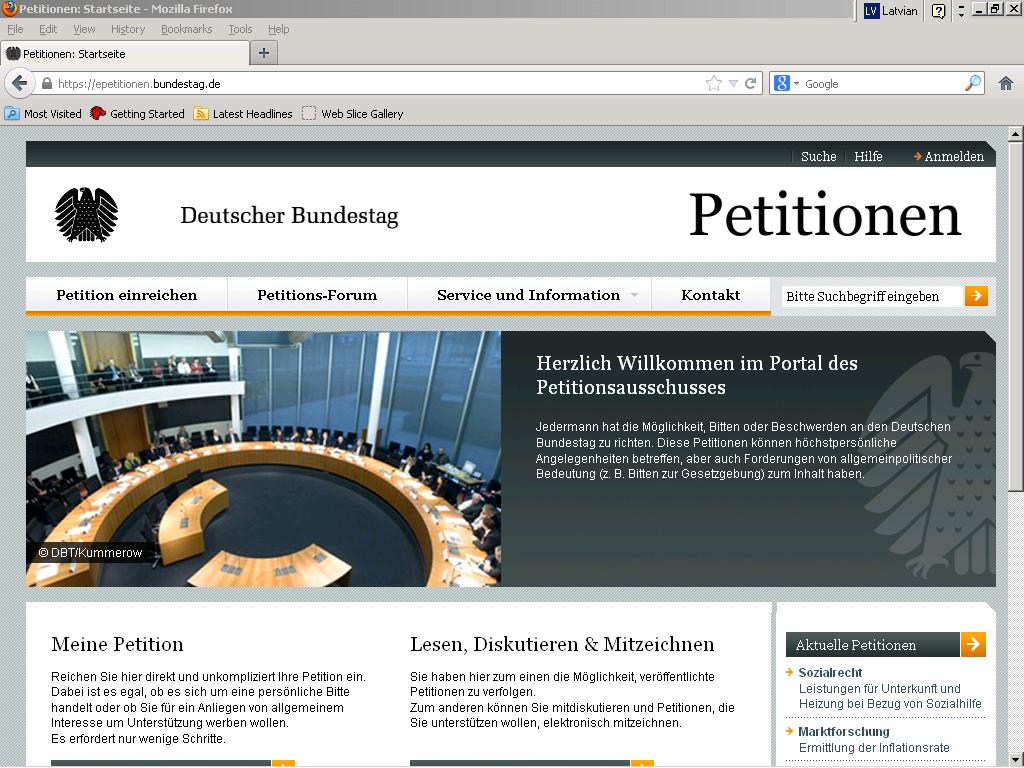 In Germany, sending individual or public petitions to parliament is one of the fundamental rights to be found within the constitution, the German Basic Law. After registering at the website, citizens have the possibility to exercise this right online, making the procedure much more convenient. Whilst the submission of individual non-public petitions relating to personal concerns becomes certainly more comfortable by means of the portal (you just have to fill out an online form), the platform is particularly interesting with respect to public petitions, which can be supported by other citizens. In this regard, instead of going through the exhaustive process of collecting signatures on paper, the petitioner just has to submit it on the e-petition platform and other registered users can “sign” them online with just a few clicks. All public petitions appear in the petition forum, which is the centerpiece of the website. Here, the users get an overview of all petitions and can also have a discussion on them. 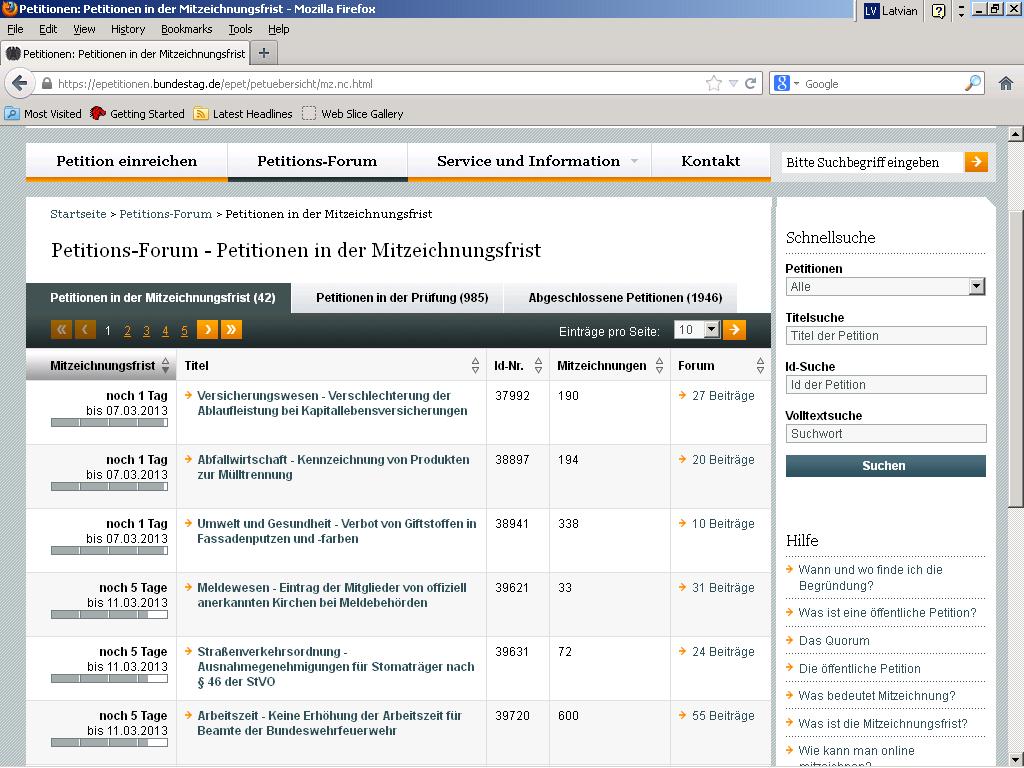 Since all public petitions submitted are first screened with respect to the compliance with several specific rules (e.g. they need to be of public interest and suitable for discussion), it may take some time for your petition to get published and be open for signature and discussion. If the parliamentary commission for petitions is the opinion that a petition does not comply with the rules for publication, it may still be treated as an individual petition.

Even though the mere number of supporters gathered for a petition has no direct influence on its success in the subsequent parliamentary scrutiny procedure, a large number of supporters makes it of course much easier to be heard. In this respect, there is a quorum of 50.000 signatures that has to be reached within 4 weeks after the online publication of the petition (traditional paper signatures may be added, but not signatures collected via other non-official online platforms). Having reached this figure, the parliamentary commission for petitions usually holds a public debate on the issue, whereby the petitioner is invited and has the possibility to present his or her arguments before the delegates.

Irrespective of whether a petition is an individual or a public petition and whether the quorum has been reached or not, all petitions complying with the general formal rules go through the parliamentary scrutiny procedure conducted by the parliamentary commission for petitions. Hereby, the members of the commission debate on the issue and request a statement from the respective responsible ministry, which is in turn scrutinized and taken into consideration. Once the commission has come to a decision, it presents a recommendation to the plenum of the Bundestag, which then decides on the issue. Usually this marks the end of the procedure, meaning that the petition is either rejected (e.g. because a change in legislation is not possible) or that it is accepted. Either way, the petitioner receives an explanatory statement outlining the reasons for the decision, whereby the statements concerning public petitions are published in the online forum. However, the fact that a petition is successful does of course not mean that legislation is now automatically changed according to the petitioner’s wish. Instead, the petition is usually submitted to the government, which might also be requested to take action regarding the issue concerned.

The usefulness and effectiveness of the overall German petition procedure or legislation not withstanding, the e-petition system of the Bundestag is certainly a simple but very interesting feature to modernize a traditional tool of democratic participation.