Devil in the detail of government restructuring plan

In this article, I am going to analyze the government reorganization plan proposed by the People’ s Party (Tautas partija). It is the same plan that President Valdis Zatlers expressed his support for. I believe that the President has been too hasty in showing such enthusiastic support for one particular plan. So far, only one part of the plan has become a subject of public discussions. However, the devil is in the detail, as they say. And the details one can find in the third part of the plan are dubious from the point of view of good governance, transparency and civic participation.

Of course, I realize that in a couple of days the plan may be discarded and this analysis could turn out to have been a pointless exercise. The political situation in Latvia is, indeed, that volatile. But it has not happened yet, so let us examine possible scenarios.

Part One of the plan deals with the principles that need to be followed in reorganizing the ministries and their subordinate institutions. To name a few: “increase the productive ones, reduce the monitoring ones”, “merge the similar ones”, “to as large an extent as possible, delegate the government’s commercial activities to the private sector”, and “transfer the responsibilities that can be managed at the lower level to local governments”. Since the plan deals only with the ministry reorganization, one shall assume that the authors of the plan had no clear vision as to how the same principles can be applied to a reorganization of subordinate government institutions.

Let us assume that somebody would indeed like to reorganize the state administration by following the aforementioned principles. What scenarios would that lead us to? The principle number one states, “increase the productive ones, reduce the monitoring ones”. Oh, so there is a productive element in the state administration? But there are no criteria for measuring this productivity! Clearly, the productive element cannot be related to the state business activities as these functions, according to the same plan, will have to be delegated to the private sector. In other words, it is impossible to determine what it is that needs to be increased.

Perhaps it is easier to find out what needs to be reduced? If they say “the monitoring one” it must be pretty straightforward. The government institutions that monitor something are as follows: the State Police, the Competition Board, The Corruption Prevention and Combating Bureau (KNAB), the Consumer Rights Protection Bureau, the Procurement Monitoring Bureau. It would be a political suicide to openly attack these institutions. However, reducing their funding as a part of the reorganization plan would seem a reasonable thing to do, politically that is. Particularly because some of the members of the local ‘politbusiness’ have been longing to do so for a long time.

Other principles mentioned in the Part One of the plan are so vague that it is very hard to assess them. For example, there is no mention of the functions that local governments are equally capable of performing as the state institutions. In this case the phrase about the benefits of delegating some functions is nothing more than an empty sentence that has been repeated over and over for many years. The same could be said about delegating state functions to the private sector. It is not clear what the government wants to achieve by doing it. Is it because it is the right thing to do or because it helps to reduce state spending?

Part Two of the plan outlines the idea of ministry reorganization. The number of ministries is to be reduced to 11. The biggest change will be the merger of the Welfare and Healthcare Ministries, the incorporation of the Ministry for Children and Family Affairs into the Ministry of Education and Science, the turning of the Secretariat for Electronic Government Affairs into a department of the Transport Ministry and, most importantly, the creation of a ‘super-ministry’, the Ministry for Development, which will combine the current Ministry for Regional Development and Local Government, the Economy Ministry and the Environment Ministry. In other words, the structure of ministries will become very similar to that of 2002, with the exception of the Development Ministry.

The decision about the number of ministries is a purely political one. It could have been smaller but it could have been bigger, too. For example, Switzerland manages with just seven ministries. However, the model of reorganization is a mirror of the ruling coalition’s political preferences. Frequently (and it is so in this case), an examination of some abolished or sidelined ministry functions represents an even more interesting food for thought than the government structures that emerge as a result of a restructuring.

So, what are the functions that have disappeared or have been marginalized by the new plan?

3 Monitoring of the EU funding

The encouraging title, “A proposal for reducing the volume of bureaucratic documentation” captures the essence of Part Three. To a person who is not dealing with the state administration on a daily basis, such statement may even seem convincing.

Two elements form the basis of this proposal:

In my opinion, both proposals pose a serious threat to the work performance of the state administration as well as reduce opportunities for civic participation in decision-making. As this initiative could bring about disastrous consequences I will examine both elements in detail.

I would not want to draw too much attention to the rhetorical aspects of the plan but there is one quote that could be helpful when analyzing it, namely, “at the moment, the procedure of drafting and accepting decisions on the Cabinet of Ministers is complicated, protracted and does not comply with the requirements of effective state governance. The time has come to improve it dramatically. […] It could be achieved by abolishing state secretary meetings and the functions affiliated with this meeting […].”

By using such rhetoric the authors of the plan achieve two things. Firstly, they state (without proving it) that the procedure of drafting legislation at the Cabinet of Ministers is no good, as it is too long and complicated. Secondly, the culprit is immediately found, namely, the state secretary meeting. I disagree with both the statement and the proposed ‘solution’.

Having followed the work of state administration for several years, I see that the process is long and complicated in one case only, which is when politicians are not interested in dealing with the particular issue. The problem lies not in the fact that the procedure is too long and complicated but in the fact that the most important political initiatives are not discussed in a transparent and inclusive manner. The abolishment of the state secretary meetings just contributes to the same problem.

In which cases the process is genuinely protracted? It happens when employees from different ministries and/or NGOs have disagreements about an important aspect of a new legislative initiative. If there are no discrepancies then the project enters the Cabinet’s agenda very quickly. Therefore the People’s Party’s proposal does nothing to speed up the process.

If there are disagreements then they have to be dealt with instead of pretending that they do not exist! There are many issues on the government’s agenda that affect several different sectors at the same time. For example, the education of convicted offenders is an issue that can be of interest for both the Justice Ministry and the Education Ministry. The state secretary meeting provides a platform for coordination and timely dealing with problems. NGOs have an opportunity to examine a draft document, write an opinion, take part in discussions and find out the arguments for dismissing NGO proposals.

The plan suggests abolishing the most effective non-political forum for exchanging opinions thereby reducing opportunities for civic participation in decision-making.

The People’ s Party proposes to delegate to the ministers the right to issue binding regulations. The plan states: “Such legislation would be approved by a minister, who will also assume a full responsibility for the quality of the document. We believe that by granting ministers such rights we would not only optimize the document circulation system, but would also be able achieve a bigger efficiency of state administration as well as financial saving.“ When I think about granting government ministers such rights I shiver.

In the pre-war Latvia government ministers did have such rights; they could publish their own ‘laws’. However, the direction in which legal reforms had been moving in recent years is the opposite, namely, towards reducing the circle of people who can issue binding documents. In 2009, legitimate legislative rights were held only the Saeima (parliament), the Cabinet of Ministers, some secondary legal entities such as local governments, but not ministries or government institutions. It seemed that The Administrative Process Law put an end to this discussion, as it stated that the legal acts issued by government institutions lose their legal power on 1 January, 2006.

There have been two significant court decisions dealing with this issue. In 2005, the Constitutional Court ruled that in order to issue generally binding regulation even the Cabinet of Ministers needs a special authorization by the parliament. In 2006, the Supreme Court ruled that, even to a larger extent, the same principle applies to laws and regulations issued by government institutions.

So what would be practical consequences of the plan? Hundreds of laws would have to be amended in order to abolish the authorization given to the Cabinet of Ministers and replace them with concrete authorizations to concrete ministries or else the ministries will have no rights to amend laws and regulations. It also means that the government has to decide which issues is a sole responsibility of a particular ministry. There is no firewall separating the ministries, of course, and many issues touch several of them at the same time. Unless the People’ s Party can show how can issues be contained to a single ministry, the new plan will bring more harm than good.

Granting the ministries the rights to issue laws and regulations will also compromise the quality of documents. The process of vetting a regulation before the government meeting ensures that the same document goes through the hands of experts from different fields. Having seen how dramatically legislation can change in the process of harmonization I am convinced that no ministry has enough capacity to produce high quality documents.

And, of course, giving such rights to the ministries could — yet again — leave behind the door NGOs and compromise transparency. Before, NGOS had opportunity for taking part in drafting government regulations because, in most cases, they went through the state secretary meeting. Unless the authors of the new plan prove that their idea ensures at least status quo in terms of transparency and civic participation I will remain convinced that Part Three of the plan is a defective proposal that does little to facilitate healthy development of the state administration. 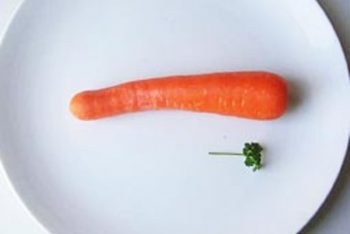