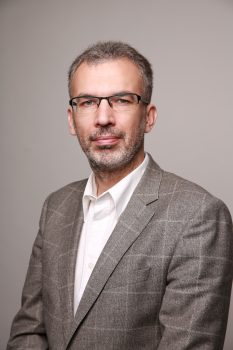 Valts Kalniņš is assistant professor at the University of Latvia. Since 1999 he has done many researches in the fields of Good Governance and Anti-Corruption, for example, analyzed management of state enterprises in Latvia and completed a comparative research on lobbying rules in Central and Eastern European countries.

Valts has often provided consultations asked for by OECD as well as other international and national institutions. He is a leading author on the researches done by the OECD Anti-Corruption Network for Eastern Europe and Central Asia „Prevention of Corruption in the Public Sector in Eastern Europe and Central Asia” (2015) and „Business Integrity in Eastern Europe and Central Asia” (2016). In 2017 Valts prepared an evaluation of six Western Balkan country anticorruption policies for an OECD publication “Competitiveness in South East Europe: A Policy Outlook”. As a consultant in Council of Europe projects he has analyzed declaration systems of the state officials, prevention of conflict of interests, ethics of state service and whistle blower protection issues in Armenia, Belarus, Georgia, Kosovo, Moldova and Ukraine as well as lead trainings on checking of declarations of state officials and other corruption prevention issues.

Valts has a University of Latvia PhD degree in Political Science.